This tour package itinerary focuses on South and West Sikkim, the fast-growing and most preferred tourism destination of Sikkim, because of hustle and bustle free and Extraordinary natural beauty. Visit Pelling Ravangla and Namchi Chardham tourist places.  Our travel expert guides you with a perfect travel plan and groud support for a cosy vacation.  Pelling and Ravangla is the most beautiful part of Sikkim. You will get the shortest aired view of Magnificent mountain range including Mt Kanchendzonga - the third highest mountain in the world from this location. Tour itinerary included Temi tea garden and Namchi Chardham. Be the withness of 135 feet statue of Guru Padmasambhava at Namchi. Just drop your query and compare price before the booking.

On arrival at Bagdogra airport you will be received by our representative, who will be waiting for a warm welcome just outside of the airport (customs area)/ Rly. Station by your nameplate /your referral and proceed for peeling (7,000ft. /124 km. /6 hours) the land lies with Mt. Khnagchendzonga and also known as the Hallmark land of eastern Himalayan state in India. On arrival at Pelling check in at your hotel, overnight stay at Pelling.

Today proceed for Gangtok (5500ft. /124 km. /4 hours), the capital city of Sikkim state (Sikkim is the 23rd.state of India) which also known as most peaceful & beautiful state in India. On arrival at Gangtok check in into your hotel, overnight stay.

this unique Pilgrim Centre has a main temple of 108 feet height on which is based the 87 feet high statue of Lord Shiva on the sitting posture at the Solophok Hill. Apart from Shiva statue, this Pilgrim Centre also has replicas of the twelve Jyotirlingas, to offer one platform for Shiva devotees. Solophok Chardham Lord Shiva incarnated as Kirateshwar in Indrakeel (Present Sikkim). Therefore, in this incarnation he is locally worshipped by the people of Sikkim as Lord Kirateshwar. A statue of 16 1/2 feet height of Lord Kirateshwar is also installed in the complex. In order to attain Moksha, the Hindu belief is to perform pilgrimage to all the existing four Dhams. Thereby, replicas of these four Dhams, namely Badrinath, Jaganath and Dwarka dedicated to Lord Vishnu and Rameshwar, dedicated to Lord Shiva is also constructed. 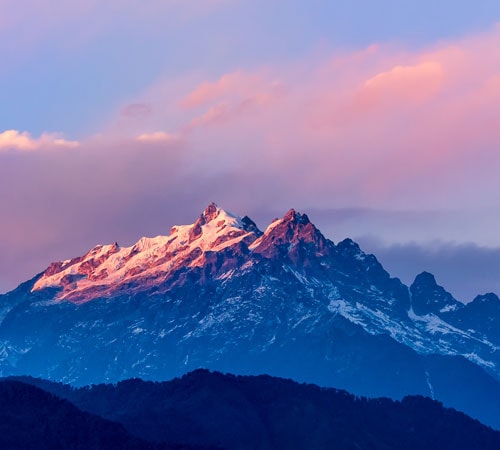 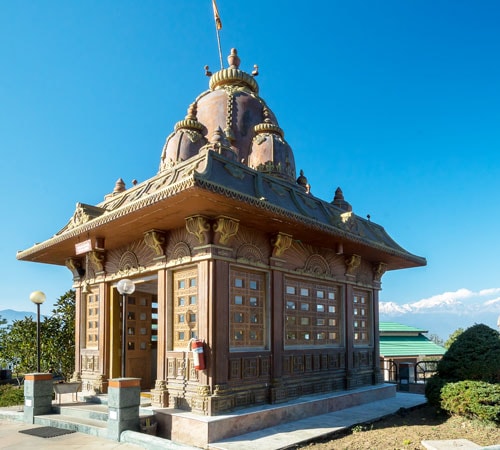 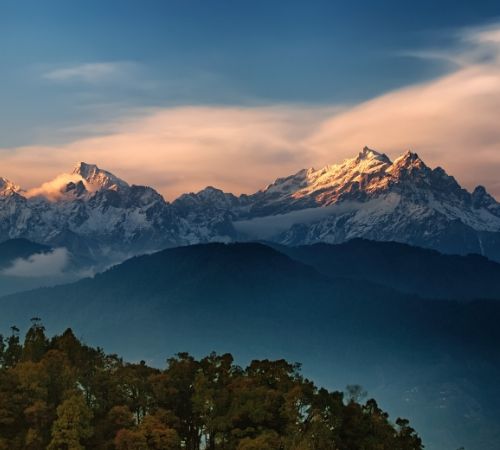 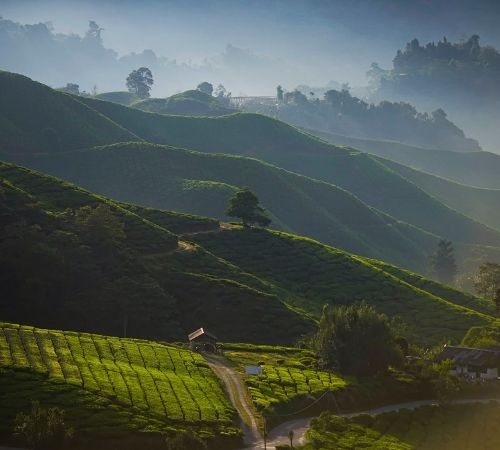