If you have sufficient time, then grab the opportunity to explore complete Sikkim, our specially designed 15 days Sikkim tour package itinerary will help you to travel complete destinations of Sikkim Darjeeling tourism. Each tourist places and sightseeing of Sikkim Darjeeling has taken care of in this package. Just drop your query.  Besides the affordable cost, our expert is ready to help you all the way. Travel to Gangtok, Tsomgo Lake, Baba Mandir, Ravangla, Lachung, Yumthang, Lachen Gurudongmar Lake, Ganesh Tok, Kalimpong, Lava Lolegaon Darjeeling city tour, Tiger Hill Sunrise tour.

Today after breakfast proceed for Gangtok(5500ft. /69 km. /2.5 hours), the capital city of Sikkim state (Sikkim is the 23rd.state of India) which also known as most peaceful & beautiful state in India. On arrival at Gangtok check in into your hotel. Overnight stay.

After early breakfast drive up for Yumthang valley (11,800 ft./24 km / 2 hours) excursion tour. Yumthang, where the tree line ends and the rhododendron groves cover the landscape in a surreal shade.Yumthang also called the valley of flowers as in spring wild alpine flowers carpet the land. Yumthang is also known for its hot spring, which have healing medicinal properties .Back to Lachung and Departure for Lachen (9,500 ft/135 km/6 hours).On arrival check in at hotel. Overnight halt.

Just start to drive up for a unforgettable excursion tour to Gurudongmar Lake (17,200 ft. /56 kms.)-a sacred lake, the waters are believed to possess the miraculous powers of granting issues to barren couples. The lake freezes during the winter except at one spot believed to be specially blessed by Guru Rimpoche. Back to lachen and drive down to Gangtok.

Early morning get ready for an exciting excursion tour to Tiger Hill (8,500 ft), the famous sunrise point in eastern Himalaya and get the breathtaking view of the changing colour reflection over the Mt. Khnagchendzonga peak and en route back to hotel visit Batasia Loop ,this is a war memorial  also visit Ghoom Monastery ,one of the oldest monastery. After breakfast proceed for Himalayan Mountneening Institute, Padmaja Naidu Himalayan Zoological Park (closed on Thursday), Tenzing rock, Tibetan refugee self- help centre (closed on Sunday), Happy valley tea garden, Japanese temple & Peace pagoda. Back to hotel..Evening free to join in a delighted cultural evening at Darjeeling Night angle Park, where the different traditional folk dance present by local people. Overnight halt.

Today is the farewell day of your magnificent tour so do spare few minute of your valuable time and write to tell us how much you enjoyed the tour. Today with many wonderful memories drive down to Bagdogra airport / New Jalpaiguri Rly.Station (124 km/ 4 hours) for Delhi or Onward Destination. 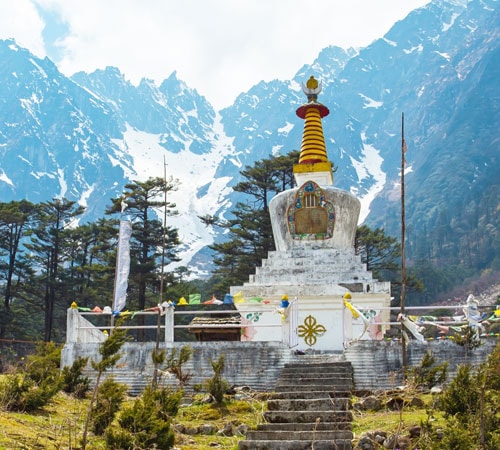 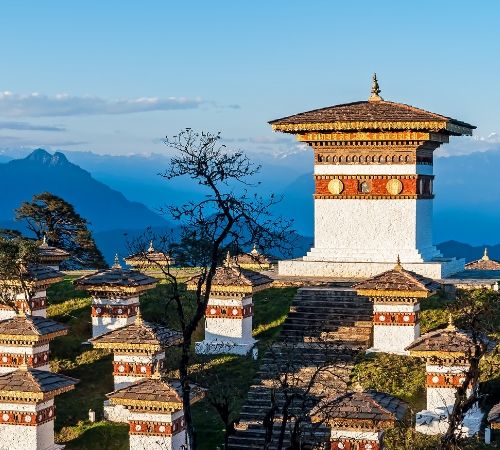 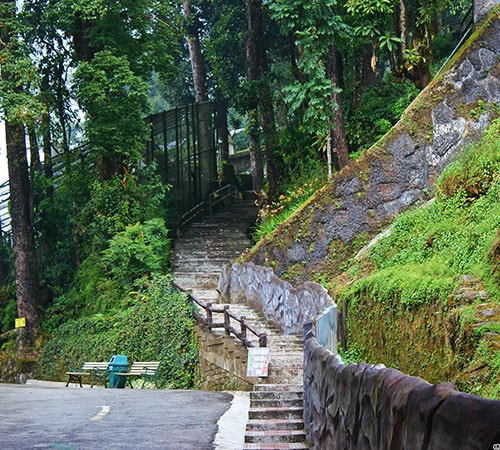 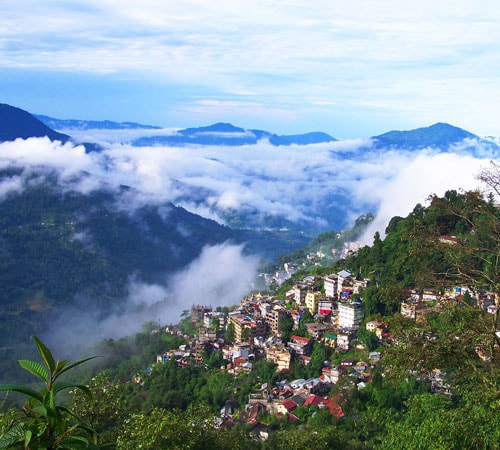